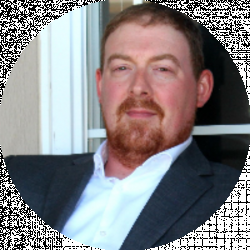 Justin Caldwell
Justin obtained his MBA at Baker University and currently travels the country full-time with his wife and four children. He loves technology, grilling, traveling, reading, writing, and learning new and interesting things (not necessarily in that order.)

It’s not surprising that mustard is common on hot dogs and hamburgers. A lot of people also like it in their chili and all sorts of other foods. However, not many people know that they can use ground mustard to season many different types of meat.

In this article, we’ll discuss the history of mustard, its flavor, and how to use it in its ground form. Hopefully, when you’re done, you’ll be inspired to try ground mustard on your next favorite meal.

No one knows where the mustard plant originated, but it’s been used since the Stone Age. While ancient Egyptians used the seeds to season their food, the Sumerians mixed the seeds with unripe grape juice to create a condiment. Greeks used mustard as a seasoning and a medicine.

Ancient Romans also mixed it with liquid, but they used wine instead. They used it as a spice and a medicine and believed it was the cure for bubonic plague, snake bites, and hysteria.

It was the Romans who brought these mustard seeds with them when they planted the vineyards in Gaul, which is a region that occupied present-day France. It just made sense to the Romans that mustard plants should grow alongside the fruit of the liquid they so liked to mix with it.

With the mustard plant’s presence already in France, French monasteries in the 13th century used it to make something similar to the mustard we know today. Records also show that it was used about one hundred years later in Britain.

In fact, it was common in England to see raw mustard seeds on the table with a mortar and pestle so you could grind your own ground mustard to taste. It’s much like a pepper mill we might use today to season our food after it’s been served.

Mustard remained the primary spice in Europe until the spice trade brought black pepper from the Far East. During the spice trade, Europe introduced mustard to India, where it became very popular as well.

The British were the first mustard millers, grinding the heart of the mustard seed into a fine powder. They were effective at making mustard into an industrial food ingredient around the 19th century.

Yellow mustard was introduced to the United States in 1904 near Rochester, New York. Its popularity began to grow rapidly when it was paired with the famous New York hot dog. Today, mustard is an essential ingredient and is used widely for its flavor and consistency.

How Mustard is Made

It’s no surprise that mustard comes from the mustard plant. The more surprising thing is that this member of the Brassicaceae family is kin to broccoli and cabbage. There’s a lot more to the condiment we know so well.

Mustard is made from mustard seeds and liquid. Mustard seeds aren’t pungent until you break them open and mix them with this liquid to form a paste. But there are more uses for these seeds, one of which is ground mustard.

Ground mustard is a product of grinding the mustard seeds into a fine powder, which can then be used for seasoning meats, making sauces, and adding to a variety of other recipes.

Ground mustard is made from grinding the seeds into a fine powder, which releases the tart, tangy flavor it’s famous for. It’s also quite aromatic, which produces a clean, fresh, head-clearing smell and a sharp flavor.

This flavor is a perfect companion to butter, cheese, and beef. You can sprinkle it on deviled eggs or in your mac and cheese. Mixing it with wine makes a great marinade for beef, while you can also emulsify a Hollandaise sauce or mayonnaise.

There are some great uses for ground mustard.

Make homemade mustard by combining ground mustard with beer, white wine, or apple cider vinegar to make a paste. Add herbs like rosemary or tarragon with salt, brown sugar, or honey to taste. It makes a great gift.

Ground mustard acts as a binding agent, which is why it’s so useful in homemade sauces. It encourages ingredients like egg and oil to stick together.

Blending ground mustard into your hamburgers, meatloaf, or meatballs adds a tangy heat that will keep you coming back for another bite.

Use ground mustard as a rub on its own, or add it to your favorite rub for roast, brisket, ham, turkey, or chicken.

You can make your own hot mustard at home, similar to what you might get in a Chinese restaurant. All you have to do is add honey and vinegar to taste. Serve it with burgers, hot dogs, sandwiches, pretzels, kebabs, or your own homemade stir fry.

Seasoning scallops with ground mustard give it a Caribbean flair. Get dry sea scallops fresh at the fish counter in the local market and sear them in a skillet. Cool them off with a touch of sweet watermelon salsa.

Ground mustard has several perfect partners. You can combine ground mustard with a number of other ingredients for a surprising new experience.

Cheese and mustard have been friends for a long time. Cheese sauces and soups are greatly enhanced by the flavor of ground mustard. You can add it to your mac and cheese or create a cheese sauce for cheddar and broccoli soup.

Your potato soup tastes delicious topped with cheese and ground mustard sprinkles while a cheddar and beer soup will benefit from a boost of tangy flavor.

You can create your own cocktail snack or trail mix by tossing assorted nuts with salt, ground mustard, and a drizzle of honey. Roast it in the oven, let it cool, and then serve as is or add in other ingredients like chocolate candies first.

Ground mustard is perfect for a ham glaze. Here are just a few mixes you could try:

Brush any of these glazes on in the last 30 minutes of cooking for a sweet and tangy infusion of flavor.

If you don’t have any ground mustard on hand, but you really want to see what it might taste like first before you buy any, there are a few things you could use to substitute for a close second.

In fact, an excellent quality yellow or dijon mustard can act as a substitute in most recipes, as long as you use the correct conversion. Use one tablespoon of liquid mustard for every teaspoon of ground mustard.

You can use turmeric as a stand-in for ground mustard and substitute the measure directly. It lends the same yellow color and many of the same flavors, but it doesn’t quite have the same punch. However, you’ll get an idea of taste this way without the excess spice that might scare you.

It’s important to remember that wasabi is a lot spicier than mustard, so cut the amount you use in half and taste it first. Wasabi is often made with ground mustard as an ingredient, so it will help give you a good idea of the flavor but will have more of a kick.

Cut this substitution in half, too, because it’s rather spicy. It also doesn’t have quite the same flavor as ground mustard but can still make for a great substitution to give your recipe the boost it needs.

If you’re thinking about experimenting with ground mustard, it can be intimidating. However, if you find the right recipe, it lends a perfect flavor. These frequently asked questions will help you learn a bit more.

Question: Should I have ground mustard in my spice rack?

Answer: Ground mustard is a spice you may not use a lot. There aren’t many recipes that call for it, but if you like the flavor and you tend to add it anyway, it’s a good thing to have around. If you don’t use it much and you don’t have it, there are plenty of substitutes you probably already have, and you can save the money and the space in your pantry.

Question: What does mustard do for meat?

Answer: We’ve already discussed that ground mustard is a great companion to nearly any type of meat. Not only does it lend flavor, but it adheres more evenly to the meat and won’t fall off. Its binding qualities help it to stick, so you can grill, smoke, roast, or bake your meat without worrying about losing any of that flavor. It also results in a crispy outer edge that gives your meat more texture.

Question: Why do they put mustard on ribs?

Answer: If you’re not a fan of mustard, but you really like ribs, don’t let that intimidate you. Ground mustard seals in the other ingredients of the rub or marinade and will help bring balance to the flavor and texture. It can also help keep it juicy by not letting moisture escape. Depending on the amount of mustard used, you likely won’t even taste it.

Answer: Mustard does a great job of tenderizing meat. You’ll also notice a thin layer of crisp on the outside of the meat, which is highly prized in traditional barbecue recipes. Because mustard can seal in flavor and moisture, it gives the meat an excellent texture that almost melts in your mouth.

Ground mustard is underrated. Not everyone likes its flavor, but it can be used for so much more than just adding flavor or spice. It acts as a binding agent for homemade sauces, tenderizes meat and seals in moisture, and can give almost anything a bit of a kick.

Even if you don’t like mustard, ground mustard is definitely worth a try in small amounts. Experiment with it to see if you like it. If you’re scared, start with a substitute you may already have and work your way up to ground mustard from there.