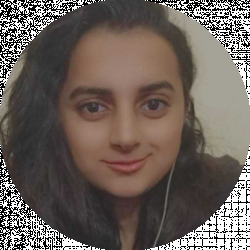 Mahnoor Fatima
Mahnoor is a business student who's been writing for the last two years and dreams to run her own restaurant one day. When she's not writing about business, tech, or the food industry, she likes to paint, cook, bake, and to curl up on her bed with a good book in hand. She plans on creating employment opportunities for the women in Pakistan through her restaurant business. She loves to travel, eat good food, and has a major sweet tooth. Don't be fooled, though! She's sure she's going to be known for two things she's great at - writing amazing books, and being a badass business woman

Pork meat is beloved and eaten all over the world save for certain areas, and has a presence in most cultural and nationally famous cuisines and dishes. Different places and countries typically have their own way of cutting pork, but some cuts are common almost everywhere.

Among these cuts is pork belly and it’s derivative salt pork, and while many think they’re the same thing, there are some differences.

Pork Belly – What You Need to Know

Where Does Pork Belly Come From?

Pork Belly is a cut of pork taken from the sides of a pig’s body. It’s a cheap and fatty cut, and comes with the skin on more often than not.

Pork belly is eaten in countless forms, including bacon, salt pork, and pancetta. Let’s get into how all these types are made and eaten:

Pork belly has a rich, meaty flavor that can be enhanced and improved in the many dishes it’s used in. From the crispy, hearty richness of cooked pork belly, with its crispy skin, velvety layer of fat, and that perfect meat, to the rich velvety texture of Pancetta and the rich symphony of textures that was fried pork belly, this is one pork cut that possesses as much range as anything else.

Pork belly is usually served as a savory item on the menu, but sometimes you’ll taste a little bit of brown sugar or sweet sauces on it too. The best example of this would be maple bacon and bacon that’s cooked with brown sugar. You can also add sweet BBQ sauce to sandwiches that have Pancetta or Salt pork in them.

Pork belly is savory and rich, which means the best pairing options would be light and refreshing.

Pork belly with skin, in its cubed form, looks like small cubes of meat that are a rubbery pinkish grey on one end with an off-white fatty layer, and a final, pink layer of meat that’s commonly marbled with more fat.

When cooked, the layer of skin crisps up perfectly to a golden brown color, and the meat darkens a bit. The trick to achieving perfect color and texture for a cooked pork belly is to keep the heat low.

Where Can You Find Pork Belly?

You can find pork belly in a lot of restaurant dishes, and you can get your hands on uncooked pork belly at any butcher’s shop or a grocery store with a butcher’s corner.

In its other forms, pork belly is insanely easy to find. Bacon is sold even at gas stations, pancetta is a common part of Italian cuisine, pasta, salads, and sandwiches, while salt pork is as easy to make as it is to find in a grocery store.

Salt Pork – All You Need to Know

How to Make Salt Pork?

Salt Pork is simply salted pork belly, and though it’s confused with bacon often, salt pork isn’t smoked or cooked. It’s a cured meat that’s made by rubbing salts, spices, and sometimes even brown sugar on pork belly. This slab of meat is then kept in the refrigerator for up to two weeks – the longer you let it stay there, the saltier it becomes.

The salt also draws out any moisture from the pork belly, which makes the end result dry but flavorful.

Most people who want to make salt pork calculate the amount of salt needed for a certain amount of pork belly by weight, which is why you’re likely to need a weight machine if you want to make some at home.

Salt pork looks like an uncut slab of bacon, but when you bite into it you realize that it’s missing that smokey flavor. That’s because unlike bacon salt pork isn’t smoked.

Salt pork is salty and savory, as the name implies, and uses a mix of salt, spices, and often brown sugar to give the meat some intense flavor. Making salt pork at home means you’re able to control how salty you need it to be – if you want it lightly salted, you don’t have to leave the salted meat lying around for too long, but if you need it tasting a bit stronger, you can leave it in the fridge for up to two weeks.

Salt pork is almost like bacon, but it lacks the smokiness and is heavy on the salt, as is apparent with the name. If you want to eat and cook with salt pork, you need to be careful about how much you consume, especially if you’re prone to experiencing high blood pressure or are on the older side.

Most salt pork recipes pair it with simple, fresh options that counter the saltiness of the salted pork as well as it’s meatiness, just like all the pairing options for pork belly. They are, after all, almost the same thing.

That said, salt pork doesn’t have nearly as much range as pork belly does, and it doesn’t have the complicated flavor profile and substance to it that would make it the center of attention in a dish or the main course. While other things are usually served with pork belly as side dishes, salt pork is added to other recipes as a side dish or an ingredient.

Where Can You Find Salt Pork?

You can make salt pork pretty easily at home or you can find it at any well-stocked grocery store. Homemade salt pork can be kept in the refrigerator for up to two weeks. Salt pork can be made with a variety of spices and mixes, and if you want “salt pork” that’s a bit sweeter you can add more brown sugar to the mix, and you can pair it with fruitier, fresher options to counter the saltiness.

Answer: Salt pork can last for two weeks in the fridge when the salt is on it, but once you wash the salt off and most of the moisture has seeped out of it, you can preserve it and keep it in the fridge for 3 to 4 months. Make sure that you wrap it properly in cling wrap or plastic wrap.

Question: What is pork belly?

Answer: Pork belly is a boneless cut of steak with the skin on. It is most popularly consumed by slow roasting it, which renders the fatty layer and the meat soft and tender while the skin crisps up into a beautiful crunchy texture, and a golden brown color.

Answer: Pork belly is a fatty cut of pork, which is known for its richness and decadence. Salt pork that’s made from pork belly has enough fat that you can cook other things in what’s left behind in the pan after you’re done cooking salt pork in it. That said, I’d say you should be careful about how much pork belly you should eat if you’re trying to be healthy.

Question: What is the difference between salt pork and pork belly?

Answer: Pork belly is a boneless, skin-on cut of pork taken from its sides and lower belly. On the other hand, salt pork is a cured meat that is made by salting and curing pork belly.

Question: Do I need to cook salt pork before eating it?

Answer: Yes. Salt pork may be a cured meat, but the curing process for this preserved meat isn’t strong enough to make it safe for consumption without any additional cooking.

Answer: Not only does salt pork contain a lot of fat, but it also has salts and spices. This makes it one hell of a comfort snack, but it isn’t the best diet food.

Answer: Slow cooking pork belly is a careful process, and the most common reasons pork belly not turning out crispy is that either the heat was too high, or the thickness of the pork belly pieces that you bought wasn’t consistent. Make sure you follow the steps for the recipe you’re using properly, and that you buy your pork belly from a good butcher or grocery store.

Should You Try It?

Chances are, you’ve already tried pork belly in one restaurant or another, but if you haven’t and are a fan of pork and rich, juicy meats with a little bit of crunch, I’d say that pork belly should be your very next meal.

Salt pork, on the other hand, is only for people who appreciate the strong flavors and know how to pair it well. Dishes that incorporate this flavor aren’t that common in restaurants, but they’re common in a lot of households.