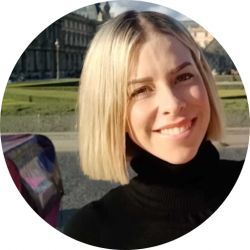 Pork belly and bacon are two cuts of pork that are derived from the belly. Because they come from the same source, there’s often a lot of confusion about which.

Today we’ll be reviewing the differences, cooking methods, and alternatives to pork belly vs bacon that you should know about.

But despite the differences, one thing remains the same. Both pork belly and bacon are supremely delicious, and lucky for you, I’ve got two simple but tasty recipes for you to try!

But before we get to that, let’s have a look at the differences between these cuts.

The main differences between Pork Belly vs Bacon are:

Is D’Artagnan a reliable place to buy pork? Check out our D’Artagnan review to find out more.

Pork belly, also known as a fresh side or side pork, is a cut of meat you’d want to cook in your smoker. It is cut from the underbelly of the pig, which contains a moderate amount of fat.

Traditionally, pork belly would be minced to make sausages, but it has gained popularity over the years because of its versatility.

You can roast, deep fry, and grill pork belly in many different ways. The fat content in pork belly is high, making it perfect for slow-cooking as it allows the fat to render.

Regardless of the way it’s prepared, pork belly is delicious, melts in your mouth, and leaves a long-lasting taste.

The pork belly looks like a slab of pork with a good amount of fat on it. Since it’s cut from the underbelly, it has fat on the outside as well as intramuscular fat.

When cooked, it forms a crispy shell with juicy, tender meat that melts in your mouth. However, when left in the smoker for too long, it can become rubbery and dry.

Not many things in life can taste as good as a pork belly. To roast the pork belly, I took out one of my favorite smokers, the Masterbuilt Analog Electric Smoker .

I got a 9 lbs piece of pork belly from my local butcher. After a few hours, the pork belly was crispy on the outside and juicy on the inside.

Every bite felt like it had the right amount of juiciness and tenderness. Roasting pork belly is one of the best cooking experiences you can have with a smoker.

How Much Does Pork Belly Cost?

As mentioned earlier, pork belly is relatively cheap, and the fact that it can be prepared and cooked in many ways makes it one of the best cuts to have on a budget.

Whether you want to make sausages or deep fry thick strips of pork, this is one cut that will suit all your needs. You could even make bacon strips out of it!

The price of pork belly will vary from state to state and type of pork (organic, free-range, etc.). However, you can expect to buy pork belly anywhere from $2 to $6.

Normally it’s sold in chunks of 8-10 lbs or higher, which should be enough to last you a couple of days or host guests at a BBQ party!

How do You Cook Pork Belly?

Unlike bacon which is quite easy to cook, there’s a bit of a learning curve with pork belly. If it’s undercooked, it’s going to be too chewy.

If it’s overcooked, it’s going to be chewy but dry as well. When cooked right, it’s crispy, tender, and full of flavor!

To get cooking, you’ll need a good smoker like the Masterbuilt Electric Smoker . However, if you want to go with an old-school setup, you can’t go wrong with the Weber Smokey Mountain Charcoal Smoker .

Once you’re done setting up the smoker, now’s the time to roast pork belly with my special recipe:

What’s there to say about bacon that’s not been said? There’s a reason why it’s America’s favorite strip. It’s easy to cook, only takes a few minutes to prepare, and goes well with just about everything.

Eggs, sausage, burgers, sandwiches, you name it. Bacon is an all-time classic.

The layers of fat and muscle running through the strips are cured in salt and nitrates. Your local butcher may also smoke them to give the strips a savory flavor.

There are also many types of bacon, such as streaky bacon that’s cut from the underbelly of the pig and slab bacon derived from the side cuts.

Bacon is available in strips of fat and muscle that run parallel to each other. Even when uncooked, bacon has a visual appeal that’s unlike any other cut of meat out there. When fried, grilled, or smoked, the strips turn dark and crispy.

Well, it’s probably the best thing on earth. Just for the sake of this comparison, I prepared 5 lbs of bacon that I ordered from D’Artagnan in the Weber Smokey Mountain Charcoal Smoker  right after preparing the pork belly.

You can’t slow-cook bacon, but you can get a very nice crispy, juicy, and smokey flavor that you normally wouldn’t be able to without a smoker.

Even when cooked on a pan or deep-fried, bacon is one of the best things you can have at any time of the day!.

How Much Does Bacon Cost?

Since bacon is cured or brined, it’s a little more expensive than pork belly per pound.

If you’re getting smoked bacon, you’ll have to spend a little more as that’s another process added to the product on the shelf. Normally it takes a week to cure bacon and a day to smoke it.

Depending on where you live and your preference, a pound of bacon costs between $5 to $10. The huge variance in price is because of the processes, the type of pork (free-range, organic, etc.), and the process involved, such as smoking.

There are cheaper strips of bacon as well, such as slab bacon which you can buy from a local butcher.

How do You Cook Bacon?

Probably the easiest thing to cook is bacon. There’s not much to do. If you’re preparing bacon in a pan, add some oil, put the bacon, and just flip it after 2 minutes. Cook on each side, and you have delicious bacon ready to serve.

But for this comparison, we’re going to prepare our bacon in the smoker. If you’re not a fan of charcoal smokers, then the Masterbuilt Digital Electric Smoker is a good alternative .

Now that your smoker is set, here’s a quick and easy recipe to prepare bacon in a smoker:

How easy was that? It’s easier when you have a good smoker at your disposal. To help you get one, here are the best smokers you can buy in 2022 !

Is there an alternative to bacon? In my honest opinion, no. That being said, pork belly may be too much of a hassle for you, or bacon is too easy for you to prepare. Let’s have a look at some alternative cuts you should try:

Pork loin: many people consider pork loin to be the best cut of meat from a pig. It’s cut from the back of the animal, around the rib cage area. This is a tender and juicy cut that’s easy to prepare and can be slow-cooked in a smoker.

Spare ribs : there’s nothing more appetizing than meat cooked to perfection that falls off the ribs. Pork spare ribs are cut from the belly and breastbone. When slow-cooked, the meat is tender and full of rich flavor, making it a must-try for grillers!

Smoked ham : you probably had a feeling that ham would be on this list, and it is! One of the all-time classic meats, ham is cut from the animal’s hind legs and can be dry or wet cured. Preparing ham in a smoker is one of the best things you can do in life!

Want to try a different animal? No problem! Here are some of the best beef cuts and varieties that you can try!

Let’s check out some common questions regarding pork belly and bacon.

Answer: So bacon is cured with salt and/or brined with nitrates. Because of the curing process, bacon has a higher sodium content than pork belly or any raw cut of pork, for that matter.
Bacon is not advisable for people who suffer from blood pressure issues or have restricted sodium intake. So to answer the question, yes, it’s a little unhealthy, but equally delicious.

Question: Can I Make Bacon Strips out of Pork Belly?

Answer: Yes, you can! Bacon strips are not difficult to make at all. All you need to do is use a sharp knife to cut thin strips of bacon.
Once you have enough strips, simply cure them in salt for a week, and you’re ready to go! If you want smoked bacon at your disposal right after the curing process, smoke the bacon, and that’s all you need.

Question: Can I Slow-Cook Bacon?

Question: What’s the Best Quantity of Pork Belly to Buy?

Answer: There is no right or wrong answer for this, but I would recommend getting 10 lbs as a minimum. If you are hosting around 6 to 8 guests, then 10 lbs of pork belly should do the trick with some sides.

If you are getting pork belly for yourself and your family, you can use some meat to make sausages and bacon. So it’s a win-win!

Pork Belly Vs Bacon – Which Is Better?

While they are cut from the same source and are amazing to eat, that’s where the similarities end between pork belly and bacon.

Bacon is a strip of cured pork, whereas pork belly is a chunk of pork that can become anything you want it to be, even bacon!

So for my money and purely from a versatility point of view, I would go with pork belly. A 10 lbs slab of pork belly will not only let me get a good roast, but I can also make strips of bacon from it, which I enjoy for breakfast.

That being said, pork belly can be a little tricky to roast, and maybe you’re looking for something easy and quick to make. That’s where bacon comes in. There’s nothing better than a couple of strips of bacon for breakfast, grilling, or even as a snack!

At the end of the day, the choice is yours. I would recommend that once you’ve gotten used to a smoker, give pork belly a try.

If you’re perhaps looking to prepare other cuts of meat or want to hone your butchery craft, Meat n Marrow has lots of guides and resources for you to check out!